It’s high time for the old steering wheel to retire and be replaced by a smarter one that will never obstruct the car’s dashboard from the driver’s view. Welcome to the 21st century!

This concept has never been tried although it makes perfect sense to be implemented (well, similar to countless of other concepts that didn't happen in the 19th century, but are up and running now …)

NOTE that there will be no change in the way people will use the steering wheel, just a huge benefit, so there’ll be no complaints from the old fashioned drivers, just praise from everybody.

Notice in the below picture how much of the dashboard instruments I can see when I make a left turn in my Taurus: 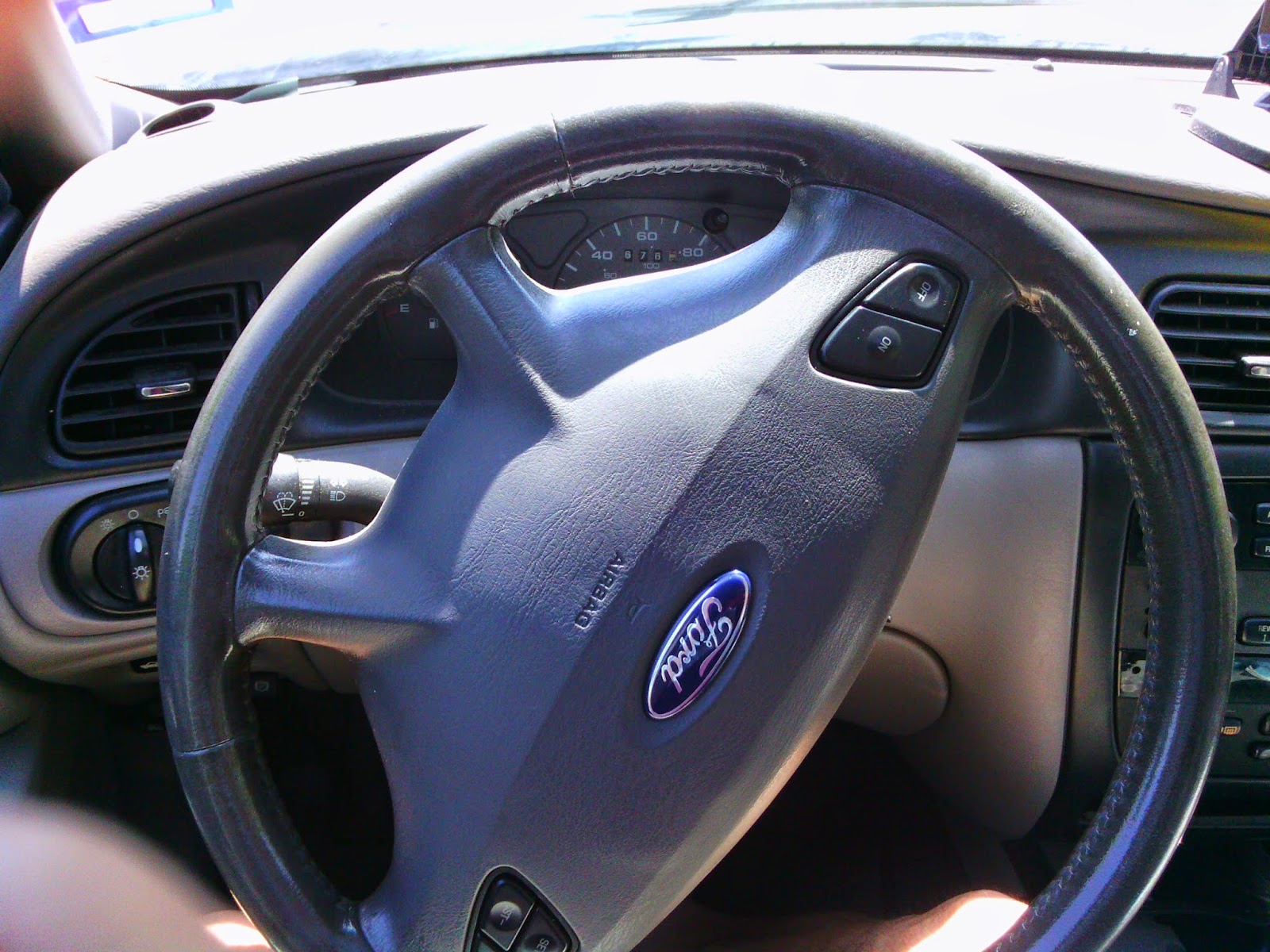 Not too much, huh (and even less than that when I make a 90 degrees turn!), and, of course, it’s the same story when I make a right turn. The culprit here is not the wheel (the outer ring), but the spokes.

Nowadays spokes are quite wide and beefy, because they are where the handy buttons are placed on, and together they have to cover the airbag and the horn and so on. The steering wheel is designed for ALL CARS in such a manner that in its basic position (i.e. when someone drives straight on a straight segment of some street) the dashboard instruments are perfectly visible.

The problems arise when the driver has to turn left or right: it’s then when the driver can’t see up to 90% of the dashboard instruments --- and THAT IS SO PRIMITIVE for the 21st century!

(1) the steering wheel would be designed in such a manner that  the outer ring is mounted to the steering column by 2 TRANSPARENT/CLEAR SPOKES (placed behind the traditional spokes when the wheel is in the position for straight driving), like in Fig1. 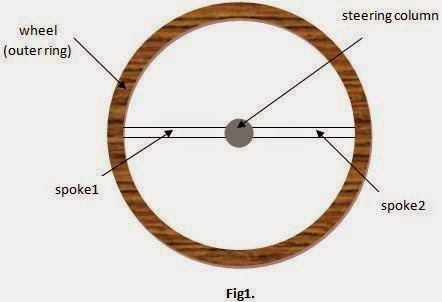 (2) the traditional spokes will NOT be connected to the wheel (outer ring) so they won’t rotate with it and thus they’ll NEVER obstruct the driver’s view of the dashboard.

NOTE that the “traditional spokes” are not actually spokes any more: they are not connected to the wheel and will not rotate with it; they are now just fixed holders for the buttons.

Then from now on – and for the first time in the history of the auto industry! -- the driver will have a perfect view of the dashboard instruments 100% of the time regardless of the position of the steering wheel.

The technical drawings are too self evident to bother you with, it’s the transparency of the new spokes that matters and the fact that the traditional spokes are demoted to be simply fixed holders for the buttons.

Given the new circumstances I’d bring the GPS in the same spot with the dashboard instruments* since (A) the GPS can easily be designed to provide all the info that the instruments provided so far and (B) the driver will be able to switch between the instruments and GPS using a button or a voice command.

* this way the driver won’t have to look to his right to view the map on the GPS = it may turn out to be a glorious solution for a well-known (= looking away when driving) safety issue.

The "20/20 steering wheel" is the kind of smart AND useful novelty designed to make a brand stand out.

And I have even more good news for Ford:

(Probably the most visually brilliant slogan in the history of the Auto Industry.)

Briefly this is the explanation of the smartest logo in the history of the Auto Industry (a similar -- while more entertaining! -- explanation is given in my script, 4 Letters and a Tale, which is designed to promote the logo).

As everybody knows from basic algebra:

Countless people (over the Internet, or when text-messaging) write “4 ME”, which means FOR ME, where number 4 stands for the word FOR. For the same reason 4GET means FORGET, and so on. Due to the Internet, hundreds of millions of people know that.
Now if we replace the number 4 with the word FOR in 4D we have: FORD.
Rearranging the four letters D in the wittiest way possible (and adding a stem), here is the Logo that naturally reads FORD: 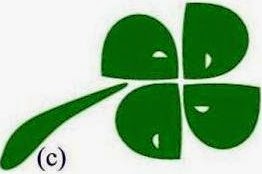 The best known lucky charm on the planet, the four-leaf clover, reads FORD when each leaf is the letter D, as in the above logo. Please note that there’s plenty of room for better graphics -- the above is just an explanatory drawing. I used a known font – Beesknees ITC – for the letter D just to explain the idea; Ford’s talented graphic artists can make a knockout drawing regardless of the font of my choice (as long as it’ll be crystal clear that every leaf in the four-leaf clover is the letter D).

1. This is obviously the smartest logo in the history of the Auto Industry. Nobody (from waitresses to Harvard graduates) could come up with a counter-example since 2001 when I copyrighted it;

2. It works only for FORD and it’s the best known lucky charm in the world. So, with the right advertising/promotion, everybody will feel lucky just for owning/driving a FORD;

3. The four-leaf clover happens to be naturally green, which also makes it the smartest logo in the “Go Green Initiative”. Why is being “naturally green” so important in given circumstances?

3a. “Go Green” is the hottest trend in the industrialized world;

3b. Say Kentucky Derby wants to please its fans by adhering to the “Go Green Initiative” and they’ll choose a green horse as their new logo: how goofy would that be? Or a dentist advertising green teeth? Or a Steak House franchise choosing a green steak as their new logo – that would be disgusting! Same for green milk, green lions/zebras/ etc (and I’ll stop here, since there are too many examples to support my point).

4. The most admired car brand on the planet, Mercedes, has a line of its vehicles sporting the name 4Matic. Although a four-leaf clover will never read “Mercedes”, like in Ford’s once-in-a-millennium unique case, Mercedes’ Marketing and Advertising departments decided that the lucky 4 can’t but help selling their cars in a world where increasingly sophisticated (computer/ Internet literate) car buyers are eager to weigh in on every (smart) detail.

5. Anyone who googles “Go Green logo” (or similar key words) will notice that there are tens of thousands of businesses having a green leaf on their logo: The cleaning businesses, the kindergartens, the pizza shop around the corner, the barbers, etc, ALL added that clichéd leaf to their logo to please their customers, so they are all part of the same (uncreative) crowd.  But WHY would a multi-billion $ business want to be part of that group?  I don’t see any benefit in being at the same level (advertising wise) with Jose-the-barber from across the street. WHAT’S WRONG WITH STANDING OUT?

Forbes doesn’t mention barbers, but Oprah, Trump and alike.  The winners are NOT part of the crowd (brushing shoulders with the pizza delivery guy), THE WINNERS STAND OUT.

WHY WOULDN’T FORD STAND OUT? 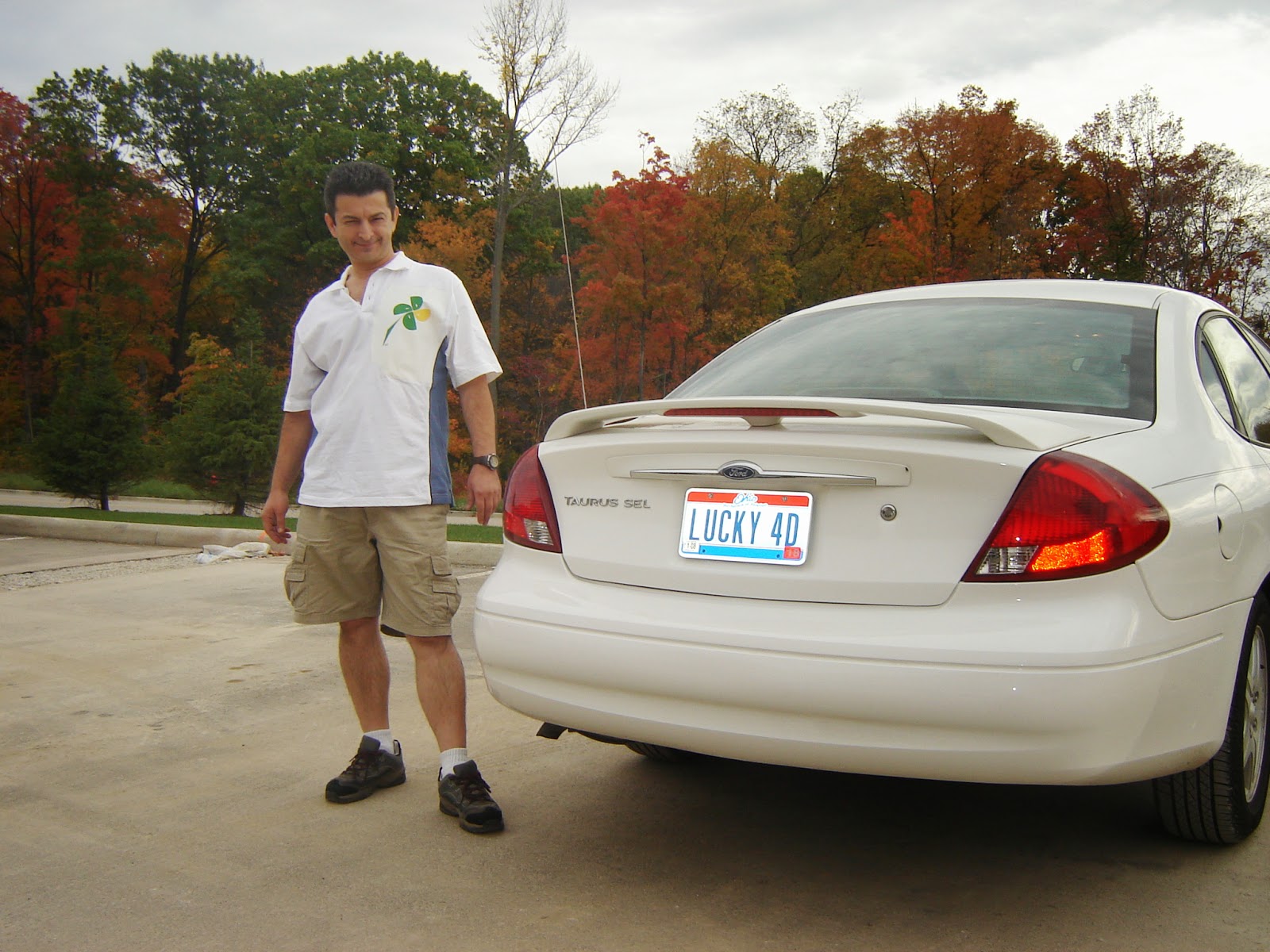 And this is the Lucky Ford (4D) logo I printed on my t-short in the pic above (while you keep in mind that I no graphic artist): 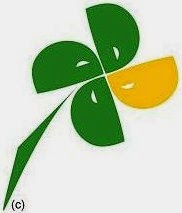 The above logo is a derivative work of the smartest lucky charm in modern history (of which I'm the creator and only owner): 4moola.

I also had THIS car-related Forget-Me-Not idea more than 15 years ago and, since it makes perfect sense and is designed to save lives, nobody important showed any interest (although people from around the country asked me, "WHY is it not in the stores?") ...